Frog Systems jumps to it in the private sector 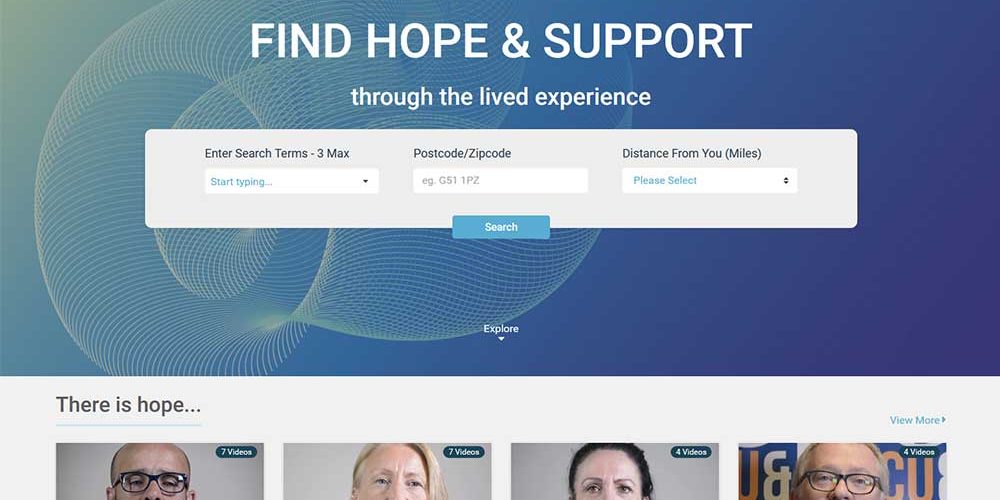 Frog’s platform captures the power of the lived and shared experience to communicate messages of hope, encouragement, and advice to those seeking it at point of need.
Frog has created a massive video library – its Champion’s Cinema® – of hundreds of real people telling their personal stories in short one-minute films to help those who find it hard to find positive stories from people who have survived similar challenges. Topics include addiction, suicide, anxiety, living with long term illness, bereavement, sexual orientation, abuse, and now Covid-19.

In April the company announced the appointment of TV and radio producer Stuart Duncan as its Director of Content. Stuart, who has spent more than 30 years working for major networks in both the UK and Australia, will provide the vision and direction for the company’s growing video content. Recent participants have included Olympic and Paralympian sports stars such as Gordon Reid, Kirsty Gilmour and Alice Dearing representatives from the NHS, and those affected by coronavirus.

In December last year Frog Systems was named as a highly commended Tech Nation rising star in the Scottish tech start up sector and was a recent finalist in the national Digital Agenda Impact Awards. Phil Worms, CEO of Frog Systems, commented that “The past few months have been challenging for Frog as we have pivoted from a directory based service to a mental health and wellbeing company placing video and the lived experience at the heart of our business. During the recent lockdown measures, the nation has collectively ‘found its voice’ through the use of technology, with video connecting people daily and yet to date, it has been woefully ignored as a primary wellbeing communications and support channel. The internet is full of text driven ‘infomational’ sites which are unengaging, hard to find, often outdated, topic specific, and frustrating for the user to navigate – particularly on a mobile device. Whilst it is still very much early days, we are delighted to have received recognition from the judges at Tech Nation and Digital Agenda as external endorsements that we are on the right path.”

Key to optimum use of Frog is the availability of data analytics based on utilisation by subscribers’ staff and customers /members. The platform can be fully customised to meet the exact reporting needs of its private sector clients.

Last month Frog completed an equity investment round, raising £136k from existing shareholders, all private individuals, and £53k from the capitalisation of a director’s loan. The funding is to finance an increase in data mining and data analytics resource. The company is now valued post money at £2,482 million.
Frog’s target market based on a B2B model is initially the private sector, following the recent signing of a NYSE quoted company, particularly in professional and financial services but includes local authorities, health boards and trusts, national and regional sports organisations and national membership bodies.

We are looking forward to start a project with you!