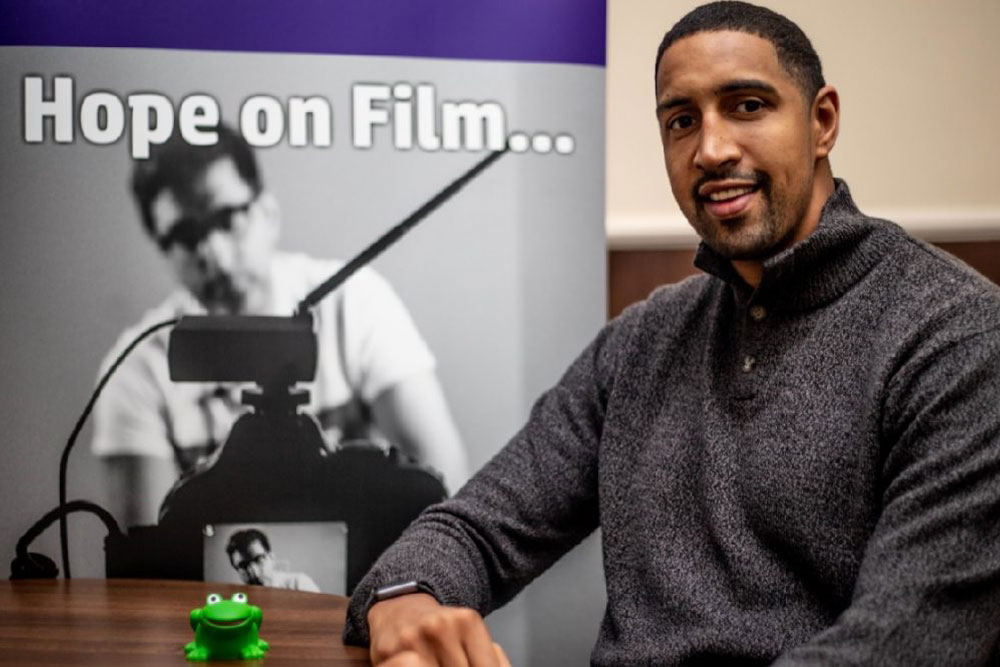 Frog Systems is delighted to learn that our friend and colleague Kieron Achara has been awarded an MBE in the Queen’s Birthday Honours List.

Kieron, who received the honour for services to community sport, is one of the most celebrated UK basketball players of the past decade.

Prior to his retirement from pro basketball in 2019, Kieron was the youngest player to ever play for Scotland, and had spent over 10 years representing both Scotland and GB at major tournaments across the world including both the Olympic (London 2012) and Commonwealth Games (Gold Coast 2018).

His career achievements saw him pass 2000 points in the British Basketball League (BBL) Championship, playing 150 league games for the Glasgow Rocks, whom he captained, and taking them to three BBL Cup Finals, making the Molten BBL Team of the Year twice (2015-16, 2016-17) as well as four consecutive appearances in the Molten All-British and Defensive Teams of the Year. In addition he has played professionally with clubs in Italy, Spain, Greece and Bulgaria.

Kieron was capped 105 times for Great Britain in addition to earning over 30 caps for Scotland.

Born in Stirling, Scotland and growing up as 6’ 10” as a mixed race child, Kieron suffered at the hands of bullies, as to be distinct was to be a target, and it seemed an unbearable cross to bear. He didn’t want to be black and he didn’t want to be so tall. He wanted to stop growing so he could blend in. Kieron was subjected to racism and made to feel different. But with the love, support and guidance of his mother (Kieron’s role model) he learned to embrace and value his ‘differences’, and he realised that these shaped him, and made him who he was. At 6’10”, basketball would have appeared a natural sport to have played, but Kieron was actually a talented crown green bowler at an early age. He focused on basketball when it offered him the opportunity to apply for a sports scholarship to the USA.

He was successful and enrolled at Duquesne University, Pittsburgh. Going into his third year at Duquesne, he was named captain and received the honour of the Most Improved Player in the Atlantic 10 Conference. This gave Kieron the confidence he’d lacked. He then left the States and embarked on his glittering pro career.

Upon retiring, Kieron has been on a mission to use his experiences, both sporting and personal, to bring about change.

He is absolutely driven by his desire to see people, especially young people, find a purpose in their lives and he is convinced that this can be achieved through sport. A belief he has held from an early age, as evidenced from this quote of 2008 (whilst at College) “One day I’d like to start an academy in Scotland like they have in the States to combine academics and sports. Here in America I see kids going in and getting degrees who statistically had more chance of going to jail than going to university. That’s what sport can do and basketball can do it really well.”

Kieron joined Frog in late 2019 to promote the use of the Lived Experience as a mental health and wellbeing tool for the sporting community.

We’re are so delighted for him! Kieron Achara MBE we salute you sir!