From Shooting Hoops to Hope 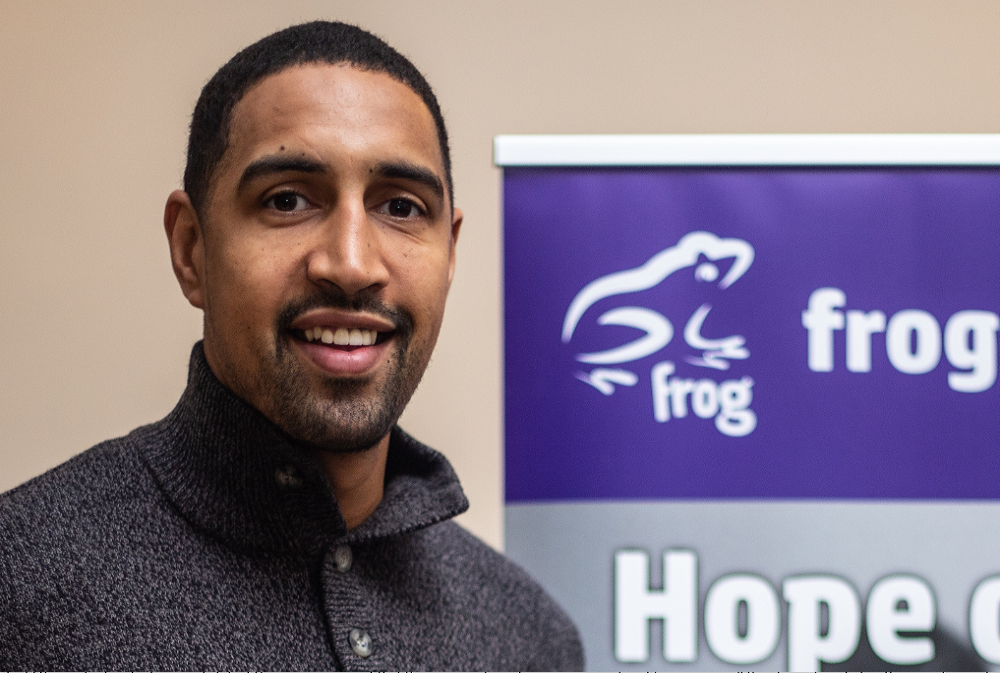 Kieron, who represented Team GB 105 times, including at the London 2012 Olympic Games, will seek to build relationships with UK sporting bodies and promote physical activity as a tool to improve mental and social wellbeing.

Frog Systems is a digital mental health and wellbeing company that showcases the power of the lived experience on film to communicate messages of hope and signpost support to those in need.
Kieron said: “When I was growing up in Scotland being tall, being black, just being different posed many challenges and I have learned over the years to embrace and value my uniqueness. Sport has played a major part in helping me achieve this.”

“When we think of sport, we focus on the physical fitness benefits that regular exercise brings often overlooking the positive effects that it brings for our mental health. The camaraderie, the sense of purpose, the feeling of worth, simply getting out of the house and socializing. It’s an important enabler for general wellbeing.”

“As a former pro athlete, I’m very aware of the effect that issues such as long-term injury, cultural integration, rejection and social media abuse can have on our mental health. I’m hoping that Frog will give sportspeople a platform to talk about their personal challenges for the benefit of others.”

Frog’s Champions Cinema currently hosts more than 1,200 professionally curated videos featuring real people telling real stories in the hope that they might help those struggling with life who find it hard to find positive stories from people who have survived similar challenges. Topics include addiction, living with long term illness, bereavement, sexuality and abuse.

Frog offers a very different user experience to the more traditional ‘signposting’ type health directories – of which there are thousands – as the video’s subject matter is related to the display of relevant local support within the same frame, enabling people to find help within one click.

Phil Worms, CEO, Frog Systems stated: ”We’re delighted to welcome Kieron to the team. As a former professional who has represented his sport on a global stage, he brings lived experience and real understanding of the importance of both good physical and mental health on our overall wellbeing. We want people visiting Frog to hear how sport has helped improve lives and then easily find the local groups and organisations that can help them on their own wellbeing journeys.”

“Figures suggest that one in four of us in the UK will be affected by a mental health problem during any year and elite sportspeople are no different. Mental illness does not discriminate, it can affect anyone no matter their status or career. One of the biggest challenges we face is breaking down the stigma of talking about our mental health issues and sharing our experiences. It’s a subject that Kieron is passionate about.”

Stirling born Kieron Achara is one of the most celebrated UK basketball players of the past decade.

The youngest basketball player to ever play for Scotland, Achara spent in excess of a decade representing both Scotland and GB at major tournaments across the world. Earning over 100 caps for Team GB and a further 30 for Scotland, he also had the honour of captaining both sides. The 2012 London Olympics and Gold Coast 2018 Commonwealth Games are among two of his finest achievements.

Domestically, Achara began his career with Falkirk Fury and ended his professional career in 2019 with BBL side Glasgow Rocks, where he spent five years, recording over 150 appearances and scoring over 2000 points. In between, he enjoyed spells across Europe as well as four years at Duquesne College in the US.