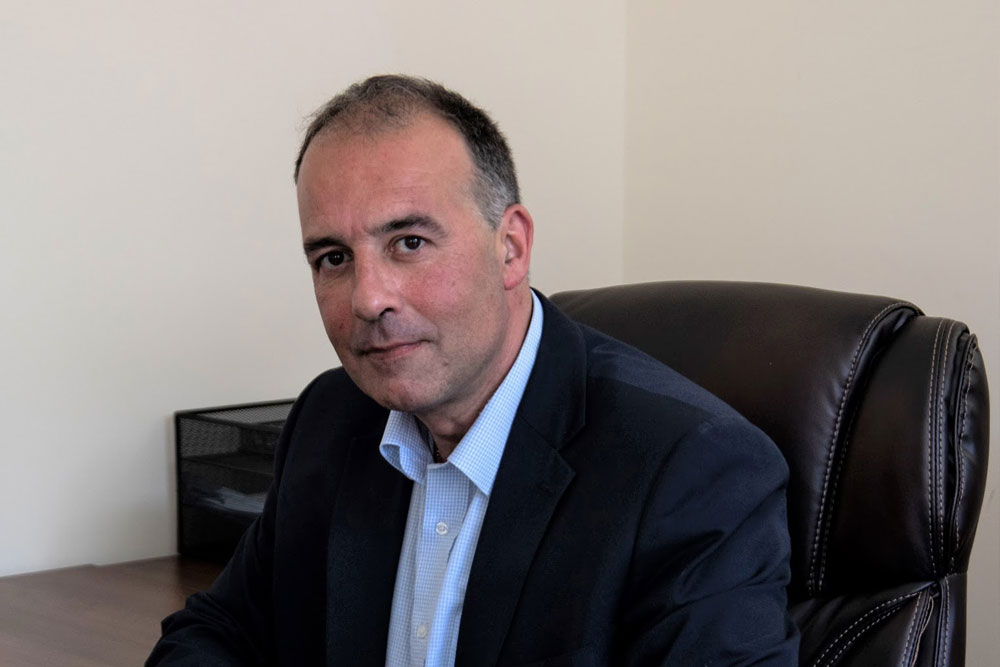 Why the IT Industry needs to heed its own advice.

For those of us of a certain age, the airwaves of the early 1990s were filled with iconic voices of Kurt Cobain, Eddie Vedder, Alanis Morissette, two brothers from Manchester and the gravelly cockney accent of a British actor urging folks to pick up the phone.

BT’s It’s Good to Talk advertising campaign, featuring the late Bob Hoskins, was designed to fundamentally change public perceptions of how we communicate as the company transformed from a telephone company to a technology company. At its heart lay the concept of ‘reciprocated confidences’ – the facilitation of information sharing between human beings, leading to better communications and ultimately deeper relationships.

At the time the team from Abbott Mead Vickers BBDO had the unenviable task of creating a campaign for a business that had nearly 70 per cent market share, very high brand recognition and no real competition in the UK landline space. The result was impactful and insightful and delivered incremental revenues of five billion pounds over its five-year run. Its message had resonated with its audience.

Fast forward 30 years and it is somewhat sad that the industry that told the world that talking is good for you now finds itself ‘teetering on the brink of a mental health crisis’.

Two recent reports published by the British Interactive Media Association (BIMA) and Harvey Nash/KPMG suggest that the half of tech professionals in the UK have been concerned about their state of mental health due to work related pressures.

The levels of stress, depression, anxiety and other mental health issues have grown to such an extent that people working in the sector are considered as stressed as health service workers and are five times more depressed than the UK average.

This is surely an effective wake up call for an industry that prides itself on providing the tools that are helping to shape global advancements in healthcare, but also one that appears to be failing to help those developing them – its own employees.

Importantly the reports do not attribute the root causes to larger, more obvious reasons such as austerity or economic uncertainty, but rather to more localised issues such as hours worked, skills shortages, pace of change, gender imbalance, cultural integration and general ‘lack of support’.

UK charity Mind suggests that 1 in 4 people in the UK will experience a mental health problem each year and whilst the overall number of us suffering has not changed significantly over recent years, our coping strategies are worsening. Self-harm, addiction and suicide are all increasing as evidenced by the shocking fact that the latter is now the single biggest killer of men under the age of 45 in the country.

From a purely commercial perspective, the Health & Safety Executive estimated that 15.4 million working days were lost in 2018 due to stress, anxiety & depression, with the Centre for Mental Health estimating that mental health issues cost £1,300 for every employee in the UK economy. And the costs don’t just apply to those that are absent. One of the largest contributors to business cost, was not the people that were absent from work, but the reduced productivity amongst people who attend but are unwell: or ‘presenteeism’.

So how can the tech industry respond to this crisis? Well the simple answer is that there is no magic silver bullet. Mental health is about how we think, feel and behave and it affects every one of us differently. For some, an episode of mental ill-health is a one-off – triggered by an event such as a bereavement, for others there may be no identifiable cause at all. Mental health problems can be longer term, or episodic over a lifetime. Recovery isn’t the same as cure – people often learn to live, and fully function with their mental health problem for the whole of their lives. It is extremely complex.

What is obvious, and something which we are now at last embracing, is that we need to break down the stigma of discussing our mental health problems. We need to create compassionate and empathetic cultures, where people are not afraid to seek help and support without fear.

Workplace culture is key. See Me, Scotland’s recently commissioned YouGov poll showed that 48% of employees don’t share mental health concerns for fear of losing their jobs and that 55% felt that such disclosure would negatively affect their career prospects.

We need to encourage a culture that enables us to listen to our colleagues when they need to be heard. One of the hardest steps that someone suffering will ever take is to find the courage to speak up. We can’t ask them to hold it over to the next scheduled 1:1 or workshop.

It is no coincidence that the major mental health campaigns of the recent past have all focused on speaking out. The Ask twice. Be there for your mate from Mind and Rethink Mental Illness, Heads Up from Heads Together and the FA and UOKM8? from The LAD Bible Group implore all of us, particularly men (still sadly the majority of the tech workforce) to talk.

Ensuring every employee understands their value to the company, that they have a clear purpose and focus, encouraging social interaction, taking breaks, flexible working hours, helping people to recognise signs and symptoms of illness are obvious steps to take but need constant reviewing. Taking on someone’s workload on a temporary basis to cover a vacancy can soon become ‘business as usual’ if left unchecked. Eventually burn out ensues no matter how strong someone appears.

We need to find a balance. A balance that enables a business to operate effectively sustainably but doesn’t do so at the expense of its people. The tech industry has created an always on and always connected world but that doesn’t mean its people should be. Me time is essential.

A healthy work life balance, where we maintain strong relationships with family and friends is essential for our wellbeing. The days of getting divorced or ending your relationship with your partner, being seen as a badge of honour to prove dedication to the company should be long behind us.

In addition to our own wellbeing, we need to be more attentive – in the wider mental health context – to the responsibility that we have to those consuming our services, including to our employees.

Social media platforms, originally designed to connect us and bring communities together, are fast becoming social comparison sites. Places where we constantly compare ourselves against everyone else – our achievements, our personalities, our looks – places where we seek constant and instant approval.

If we want to thank our team or an individual for a job well done – what has the greater impact? A LinkedIn ‘honoured’ ‘humbled’ ‘proud’ ‘super’ filled post, which may or may not get read, or an hour out of the office for a coffee and a personal chat? Ideally – do both, but in my personal experience the later is far more rewarding.

We’re creating Jekyll and Hyde personalities for ourselves – one real and one imagined. We need to understand and accept that the lives we lead can’t be airbrushed or instantly improved by applying a filter.

The technology sector is exciting, fast paced and is genuinely changing our world for the better but we sometimes forget one key fundamental fact – it’s a people industry. As is oft quoted “You take care of them and they’ll”…you know the rest.

Two years before that classic Hoskins ad campaign broke, I had suffered my own period of depression. A series of personal and financial pressures led me to thoughts of suicide. It is hard to explain why. At the time I felt trapped, worthless, a failure and was fearful of burdening anyone with my issues. I was lucky. A colleague noticed some subtle changes in me – apparently my eyes no ‘longer glistened’ – and suggested we go for a beer together. Accepting that invitation was to be the best decision I’ve ever made.

Believe me. It’s Good to Talk.